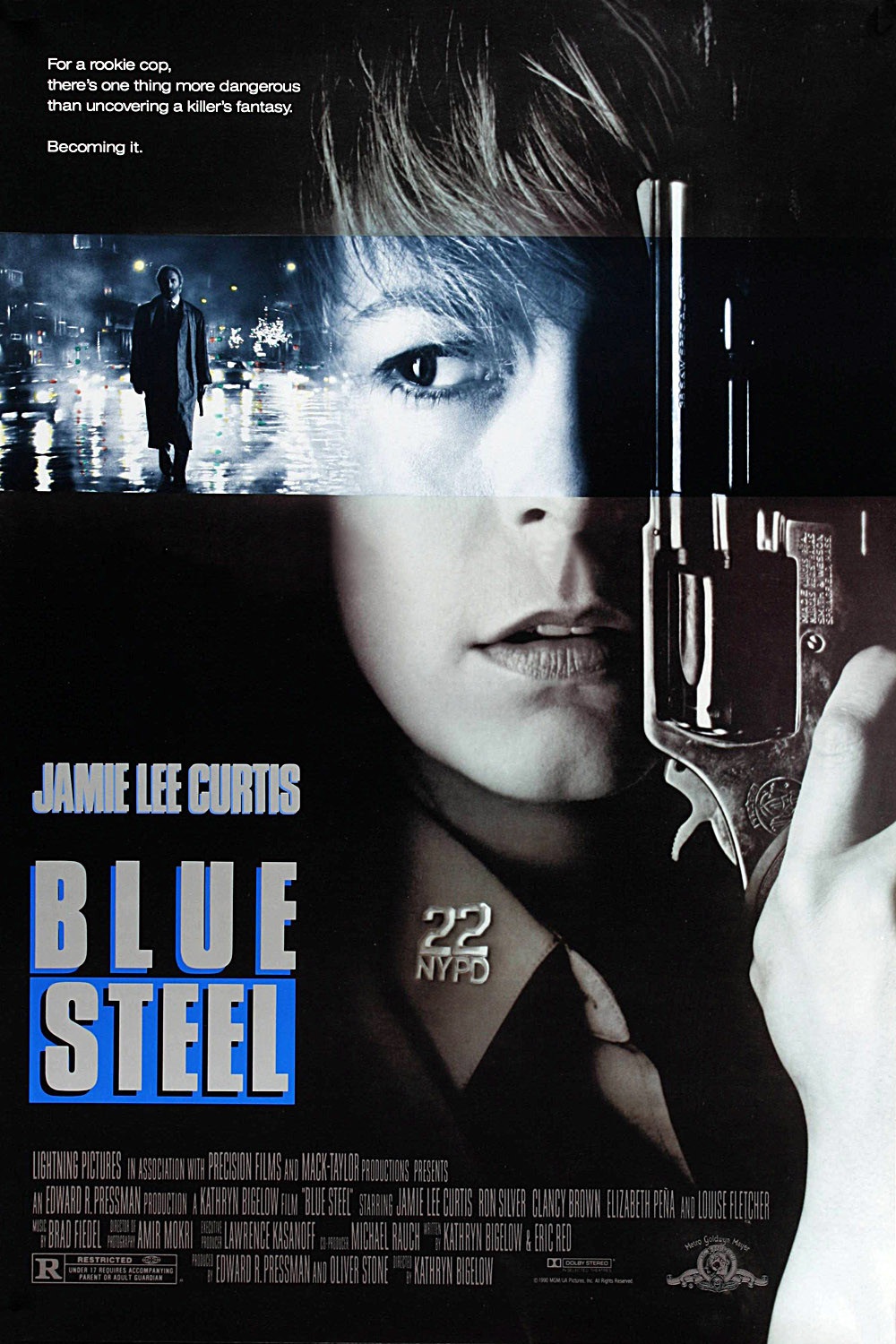 When rookie cop Megan Turner (Jamie Lee Curtis) kills a convenience store robber, she does not notice when psychopathic commodities trader Eugene Hunt (Ron Silver) takes the dead man's gun. With no weapon at the crime scene, the police hold Turner accountable for killing an unarmed man. Meanwhile, Hunt uses the stolen weapon to go on a killing spree. Turner teams up with detective Nick Mann (Clancy Brown) to clear her name and catch the killer. An unexpected romance complicates matters.

Rookie NYPD officer Megan Turner shoots and kills a robber with her service revolver while he is holding up a neighborhood supermarket. The robber’s Smith & Wesson Model 29 revolver falls to the ground and lands directly in front of commodities trader Eugene Hunt, one of the customers lying on the floor. Unnoticed, Hunt takes the gun and slips away. Because the robber’s weapon was not found at the scene and the other witnesses are unclear about seeing a handgun, Turner is accused of killing an unarmed man.

While she attempts to clear her name with Assistant Chief Stanley Hoyt and her superiors, the suspended Turner begins dating Hunt, who has become obsessed with her. Unbeknown to Turner, Hunt has taken the gun and started committing random killings. At the first killing he leaves behind a spent shell on which he has carved Megan Turner’s name. One night, at his apartment he displays an unusual interest in Megan’s gun and her shooting stance. He reveals that he was in the supermarket at the time of the robbery, and that he left with the perpetrator’s gun and that he is the person behind the recent killings. Turner arrests him but he is freed by his attorney, Mel Dawson, due to a lack of concrete evidence.

Turner fights to keep her badge and solve the murders with the help of Detective Nick Mann. Hunt arrives at her apartment, assaults her and shoots her best friend, Tracy, before rendering her unconscious with a blow to the head with the gun and then burying the gun in a park. Turner revives and goes to Hunt’s apartment with Mann to arrest him, but Dawson prevents her from doing so and threatens to once more have her fired.

Seeking comfort from her mother, Turner visits her family home, an uncomfortable place because her father physically abused her mother throughout her childhood. When she arrives, she finds that her mother is bruised. Enraged, Turner handcuffs her father and arrests him. During the drive they stop and talk in an attempt to finally put an end to his abuse. When they return to the house, Hunt is posing as a guest sitting with her mother. A tense exchange takes place between the two, where they both imply that they are armed. When he leaves, she goes to his apartment, where she spends the night staking him out.

The next morning, Turner follows Hunt to the park, where he has buried his gun. Mann interrupts another standoff between Hunt and Turner, where Megan is attempting to get Hunt to try for her gun and Hunt runs off. Believing that he will return for the murder weapon, they stake out the park. Turner sees the beam of a flashlight and assumes it is Hunt searching for the gun. She leaves the car to apprehend him, but not before handcuffing Mann to the steering wheel to prevent him from following her. The flashlight turns out to be a ruse: Hunt paid a homeless woman to decoy the police. Back at the car, Hunt is outside the car holding Mann at gunpoint and is about to kill him. Turner appears and fires her gun, shooting Hunt in the left arm before he escapes in traffic.

Mann and Turner return to her apartment, where unbeknownst to them, Hunt is patching up his wound in her bathroom. The pair have sex and Mann is ambushed by Hunt and shot when he goes to the bathroom. Turner does not hear the shot because it was muffled by a towel. Hunt attacks and rapes Megan and she eventually kicks him away and gets her hands on her gun and shoots at him, but he flees. Mann is unconscious and taken to the hospital, where Turner is told that he will make it.

Determined to find Hunt and finish him off, Turner knocks out her police guard, then takes his uniform and gun. She wanders the streets and Hunt follows her into the subway. Turner and Hunt are both shot and the gun fight carries on out to the street. She finally shoots and kills him after a long and violent confrontation in the middle of Wall Street after running him down with an abandoned car and him running out of bullets. Other police arrive and she is taken away in an ambulance.

• A Point Blank Thriller
• A psychological action thriller as cold as… Blue Steel!
• For a rookie cop, there’s one thing more dangerous than uncovering a killer’s fantasy. Becoming it.


The second one is an HD recreation of the trailer, but features new transitions. The original trailer has been embedded for completists sake.