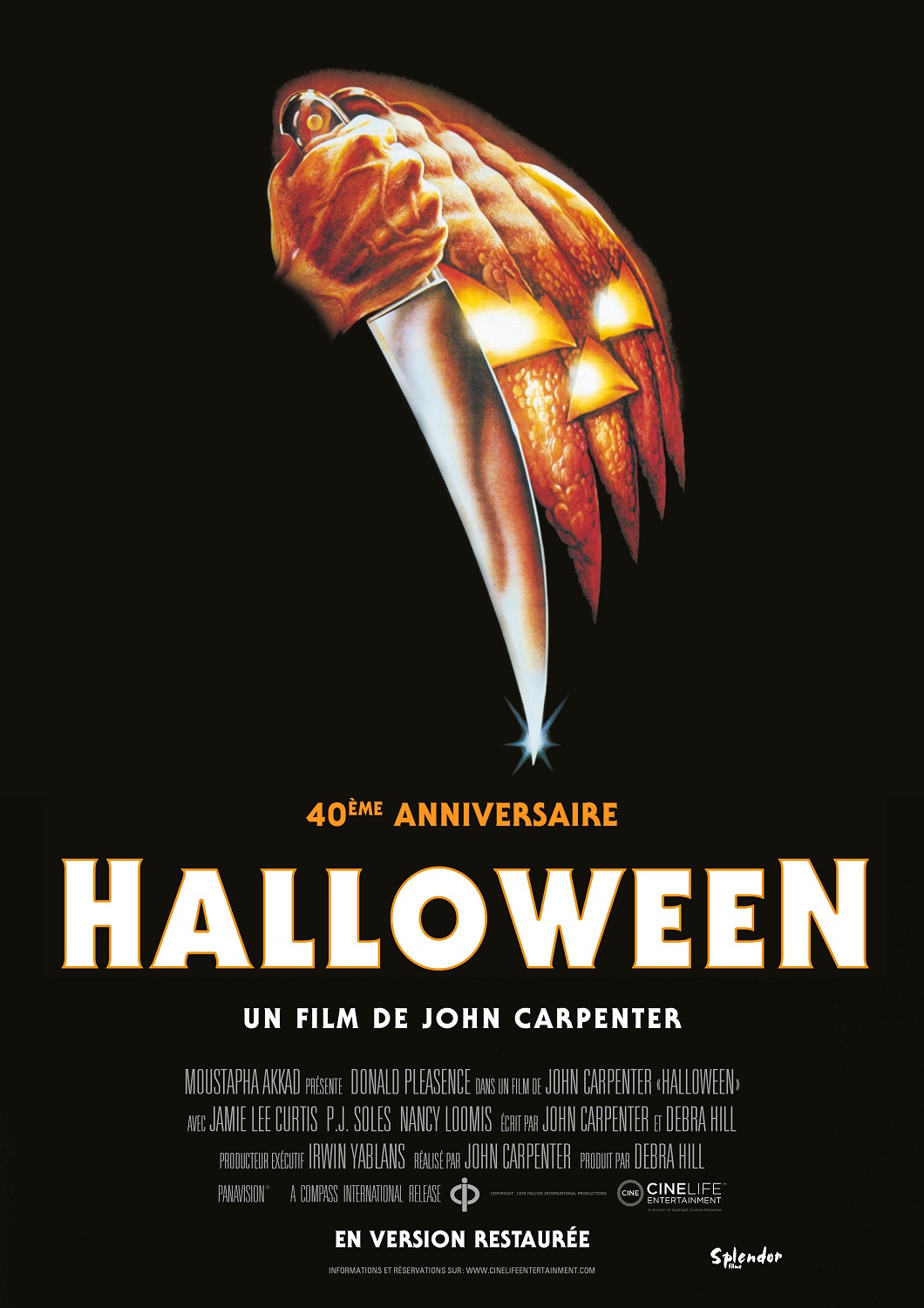 Fifteen years after murdering his sister on Halloween night 1963, Michael Myers escapes from a mental hospital and returns to the small town of Haddonfield, Illinois to kill again.

On Halloween night 1963, in the fictional suburban town of Haddonfield, Illinois, six-year-old Michael Myers stabs his teenage sister Judith to death with a kitchen knife. For the next fifteen years, he is incarcerated at Smith’s Grove Sanitarium. On October 30, 1978, Michael’s psychiatrist, Dr. Samuel Loomis, and his colleague, Marion Chambers, arrive at the sanitarium to escort Michael to court for a hearing; Loomis hopes the outcome of the hearing is that Michael will be locked up for life. However, Michael steals their car and escapes Smith’s Grove, killing a mechanic for his coveralls on the way back to Haddonfield. Upon arriving, he steals knives, ropes, and a white, expressionless mask from the local hardware store.

On Halloween, he sees high school student Laurie Strode drop off a key at the long-abandoned Myers house that her father is trying to sell. Laurie notices Michael stalking her throughout the day but her friends Annie Brackett and Lynda Van der Klok dismiss her concerns. Loomis arrives in Haddonfield in search of Michael and finds Judith’s tombstone missing from the local cemetery. He meets with Annie’s father, Sheriff Leigh Brackett, and they investigate Michael’s house, where Loomis tells Brackett that Michael is pure evil. Brackett is doubtful of the danger but goes to patrol the streets, while Loomis waits at the house, expecting Michael to return. That night, Laurie babysits Tommy Doyle, while Annie babysits Lindsey Wallace across the street.

Michael follows them, spying on Annie and killing the Wallaces’ dog. Tommy sees Michael from the windows and thinks he is the boogeyman, but Laurie does not believe him. Annie later takes Lindsey over to the Doyle house to spend the night so she can pick up her boyfriend Paul. When she gets into her car, Michael appears from the back seat, strangling her and slitting her throat. Soon after, Lynda and her boyfriend Bob Simms arrive at the Wallace house and find it empty. After having sex, Bob goes downstairs to get a beer, where Michael pins him to the wall with a kitchen knife. Michael then poses as Bob in a ghost costume and confronts Lynda, who teases him to no effect. Annoyed, she calls Laurie to find out what happened to Annie.

Michael proceeds to strangle Lynda with the phone cord while Laurie listens on the other end, thinking it is a joke. Meanwhile, Loomis discovers the stolen car and begins searching the streets. Suspicious of the phone call, Laurie goes to the Wallace house across the street and finds her friends’ bodies, as well as Judith’s headstone, in the upstairs bedroom. She flees to the hallway in terror, where Michael suddenly appears in the dark and slashes her arm, causing her to fall over the stairway banister. Dazed and injured, Laurie narrowly escapes and runs back to the Doyle house, but finds she had lost the keys to the front door when she fell on the staircase. Tommy lets her into the house. Laurie orders Tommy and Lindsey to hide and tries to telephone for help, only to find the phone is dead.

Michael sneaks in through the window and attacks her again, but she incapacitates him by stabbing him in the neck with a knitting needle. Thinking he’s dead, Laurie staggers upstairs to check on the children. She is shocked when she sees Michael alive, and approaches to attack her again. She tells the children to hide in the bathroom while Laurie hides in the bedroom closet, but Michael finds her and breaks in through the closet door. Laurie stabs him in the eye with a coat hanger and in the chest with his own knife. She then tells Tommy and Lindsey to go down the street to a neighbor’s house to call the police. After they leave, Michael awakens once again and slowly approaches an unsuspecting Laurie. Loomis sees the kids running from the house and goes to investigate, finding Michael and Laurie fighting upstairs.

Laurie rips Michael’s mask off, momentarily distracting him as he seeks to put it back on. Loomis shoots Michael six times, knocking him off the balcony. Laurie asks Loomis if Michael was the “boogeyman,” which Loomis confirms. Loomis walks to the balcony and looks down to see that Michael has vanished. Unsurprised, he stares off into the night as Laurie begins to sob. Michael’s breathing is heard during a montage of locations where he had recently been, indicating he could be anywhere.

• The trick was to stay alive.
• The Night he came home
• He’s come back
• The Night HE Came Home!
• HE came home for HALLOWEEN.
• Everyone is entitled to one good scare
• Trick or treat… or die
• Let’s celebrate the horror
• Happy Halloween!
• The Trick Is To Stay Alive!

→ John Carpenter considered the hiring of Jamie Lee Curtis as the ultimate tribute to Alfred Hitchcock who had given her mother, Janet Leigh, legendary status in Psycho (1960). During the same period, Universal studio producers and director Richard Franklin were trying to enroll Jamie Lee in the new production of Psycho 2.
→ Of the three female leads (all the girls are supposed to be in high school), Jamie Lee Curtis was the only one that was actually a teenager at the time of shooting.
→ As the film was shot out of sequence, John Carpenter created a fear meter so that Jamie Lee Curtis would know what level of terror she should be exhibiting.
→ Jamie Lee Curtis admits she made up the “Just the two of us” song she sang to herself at the movie’s beginning when she was walking home from school.
→ Jamie Lee Curtis’ first feature film. She was paid a reported $8,000 for her efforts.
→ Jamie Lee Curtis didn’t see herself as the repressed virgin, and was surprised when she found out which of the three girls she would be playing. She notes she would have probably been better suited as Lynda.

♦ It was the Boogeyman.
♦ Tommy, unlock the door! Come here, now you listen to me. I want you to go down the stairs, and out the front door. I want you to go down the street to the Mackenzie’s house. I want you to tell them to call the police and tell them to send them over here. Now, do you understand me? Go do as I say!
♦ It’s most definitely stopped being funny, now cut it out! You’ll be sorry.
♦ We’re getting nowhere. Look, the boogeyman can only come out on Halloween, right? Well, I’m here; I’m not about to let anything happen to you.