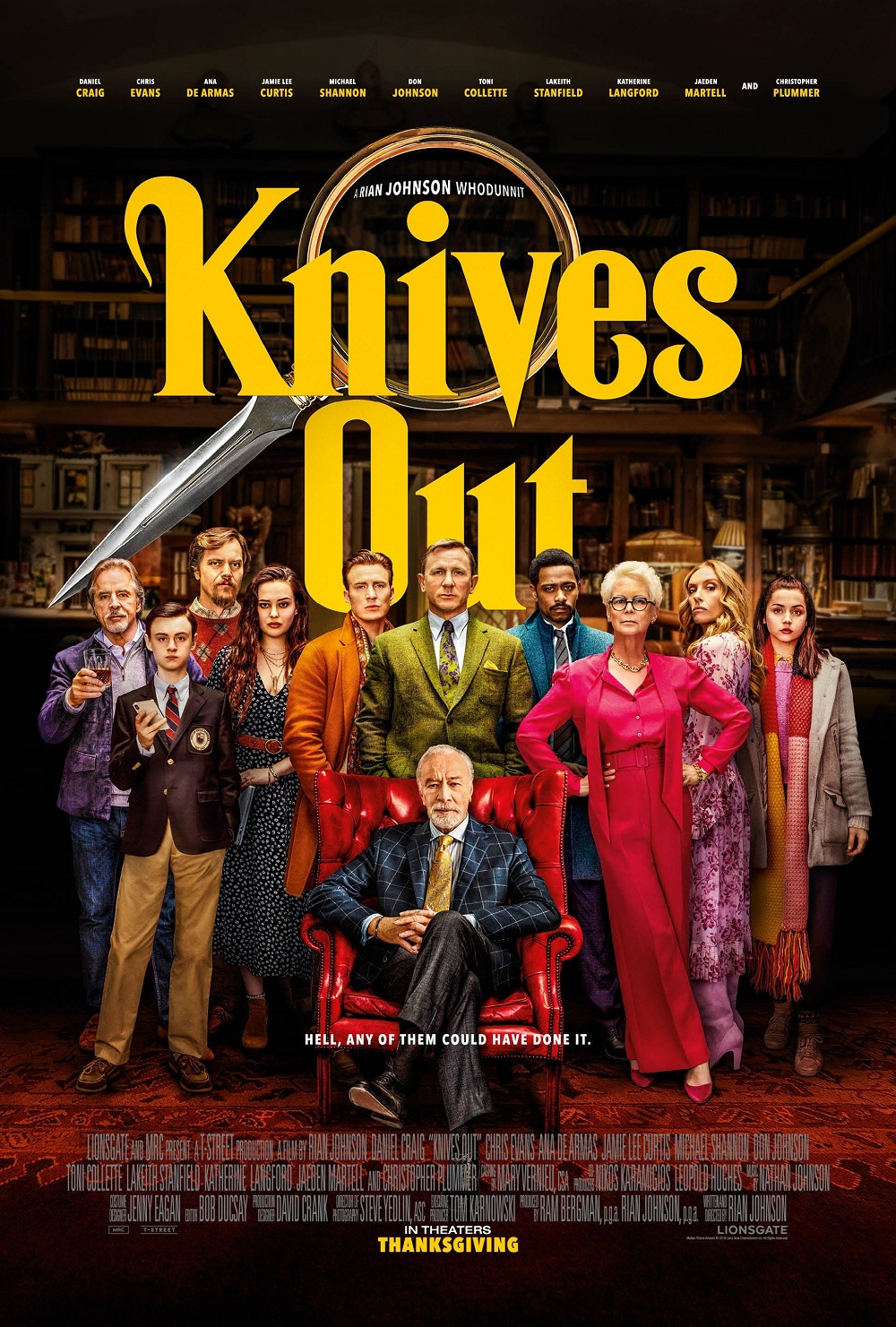 
The circumstances surrounding the death of crime novelist Harlan Thrombey are mysterious, but there's one thing that renowned Detective Benoit Blanc knows for sure -- everyone in the wildly dysfunctional Thrombey family is a suspect. Now, Blanc must sift through a web of lies and red herrings to uncover the truth.

• Everyone has a motive. No one has a clue.
• Hell, any of them could have done it.
• Nothing brings a family together like murder.
• A Rian Johnson whodunit.

♦ We are the Thrombeys, goddamnit! This is still our house!
♦ [questioned about Walt] If you think I’m dumb enough to shit-talk my little brother in front of a police detective and a state trooper…

Welcome to Jamie Lee Curtis Archives, your online resource for anything and everything related to actress and philanthropist Jamie Lee Curtis! Perhaps best known for her role as in the legendary Halloween franchise, Jamie Lee Curtis has cemented herself as one of the finest actors of our generation and a modern day icon. Take a look around the website, featuring the latest news and updates related to Jamie, all of the information you'd need, and our gallery with over 100,000 images! Make sure to bookmark the site and check back soon!
Who is Jamie Lee Curtis?

Jamie Lee Curtis was born on November 22, 1958 in Santa Monica, California to her parents Janet Leigh and Tony Curtis. She has an older sister, Kelly, and several half-siblings: Alexandra, Allegra, Benjamin, and Nicholas.

After making her acting debut in an episode of Quincy M.E. in 1977, she began her first recurring role as Lt. Barbara Duran on Operation Petticoat. In 1978, she made her feature film debut as Laurie Strode in the horror film Halloween, which also became her breakout role.

In the forty–four years since her feature film debut, Jamie Lee Curtis has established herself on screen as a scream queen, a comedic icon, a sex symbol and an action star. In 2018, her anticipated return to the Halloween franchise set box–office records that have yet to be beat. Off screen, her dedication to children's health and LGBT rights worldwide have made her one of the most philanthropic celebrities of our time.