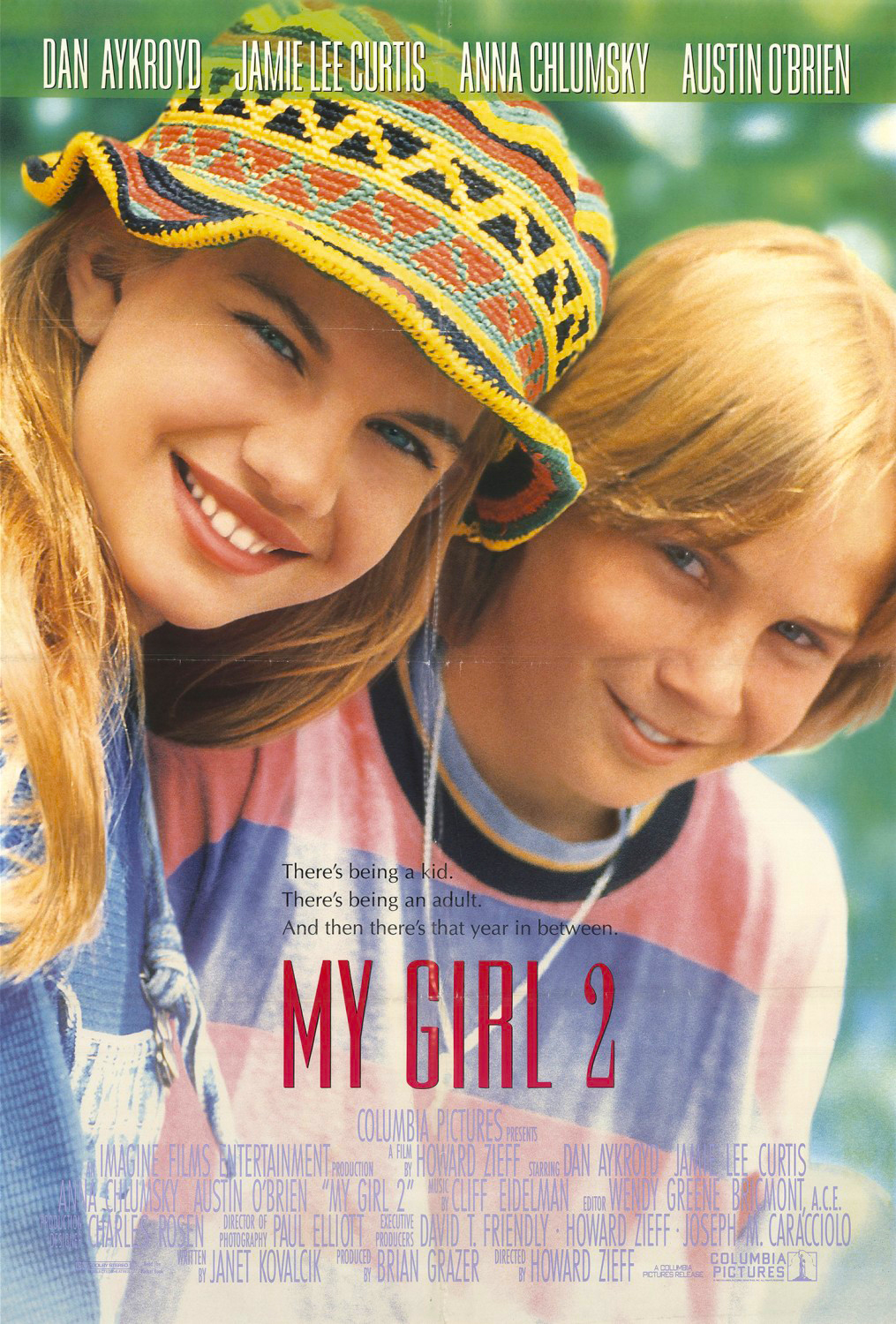 Vada Sultenfuss (Anna Chlumsky) is a 13-year-old girl searching for identity and independence. For a class project, she must write about someone she hasn't met but still admires, so she chooses her late biological mother. In order to learn more, Vada journeys to Los Angeles on a school break, staying with her uncle Phil (Richard Masur). Nick (Austin O'Brien), Phil's girlfriend's son, reluctantly agrees to show Vada around the city. But, before long, he's wrapped up in her search for truth.

Vada Sultenfuss has matured from the spunky 11-year-old hypochondriac in 1972 to a more serious teenager in early 1974. Her father Harry and his new wife Shelly DeVoto, whom he dated in the first film, are expecting a baby, and they all still live in the Sultenfuss funeral parlor in Madison, Pennsylvania. To accommodate the new baby, Vada moves into her late Gramoo’s old bedroom. She struggles with these adjustments, along with figuring boys out. One of them from school, Kevin, seems to like her friend Judy, but Vada wonders if he likes her, too. Both her father and Shelly try to give Vada some boy advice, but it backfires.

Vada receives a school assignment to write an essay on someone she admires but has never met. She decides to write about her late mother, Margaret Ann Muldovan (Maggie), but has few sources to go on, all confined to a small box. Among its contents are programs of plays her mother acted in, a passport, and a mystery paper bag with a date scribbled on it. Vada expresses her desire to travel someday, so Shelly concocts a plan for her to go to Los Angeles during her spring break, where she can stay with her uncle Phil and do research on her mother, who lived in L.A. growing up. Initially against the idea, believing Vada is too young to be traveling by herself, and fearing what might happen to her in L.A., Harry lets Vada take the five-day trip.

On arriving in L.A., Vada confronts a boy her age named Nick, who shows up at the airport instead of Phil. Nick is the son of Phil’s new companion Rose, who runs a car repair shop where Phil is now a mechanic. Vada notices that her uncle has trouble with commitment, and that he and Rose live together. While annoyed at first about sacrificing his own spring break, Nick helps Vada with the difficult search of learning more about her mother by showing her around the city.

First planning to visit her mother’s school, Vada discovers that it was destroyed in a fire. While a setback in her quest, she and Nick eventually track down a yearbook and meet several people who knew Maggie, including a police officer, photographer and film director. Vada also sees her favorite poet, Alfred Beidermeyer, who also lives in L.A., but after hearing his advice on not becoming a writer, she takes it hard. Later in the trip, Nick and Vada sneak out one evening to catch some Hollywood attractions, during which time Vada also gets her ears pierced, despite Nick’s opposition to the custom.

Vada learns some shocking things about her mother, such as being suspended from school for smoking, and having another husband before her father named Jeffrey Pommeroy. Emotionally crushed by the latter, Vada worries that Jeffrey may actually be her father instead. Realizing he holds the key to more about her mother, but needing help from the police to locate him first, Vada goes to see Jeffrey, who instantly remembers Maggie. He provides Vada with valuable information for her essay, including a home movie and the answer behind the date written on the paper bag. Viewing the home movie touches Vada, as she watches her mother. Jeffrey also assures Vada that he is not her father.

Meanwhile, Phil tries to prove his love to Rose, after a man owning a fancy car repeatedly stops by the repair shop and tries to sweep her away by continuously flattering her. When Phil finally gets the courage to show how much she means to him, he proposes to her.

As Vada is ready to head home, she and Nick share a goodbye kiss at the airport before she boards the plane. Also, she notices a gift in her backpack from Nick—earrings. When she returns home, she finds out that Shelly just had the baby and heads to the hospital to see her new brother. To calm his crying, Vada, while holding him, sings “Smile”, a song she heard her mother singing in the home movie. Vada receives an A+ on her essay, and hopes to share what she learned during her trip with her brother someday.

→ Both Jamie Lee Curtis and Dan Aykroyd initially declined to reprise their roles from the first film owing to their characters’ limited amount of screen time. Rather than recasting them, a draft of the film was prepared that begins with Vada already in Los Angeles alongside her Uncle Phil, with dialogue confirming that Harry and Shelly had moved out of the country. However, director Howard Zieff convinced both actors to return, as he felt it was important to show Vada had a better relationship with her father and had accepted Shelly as her stepmother.