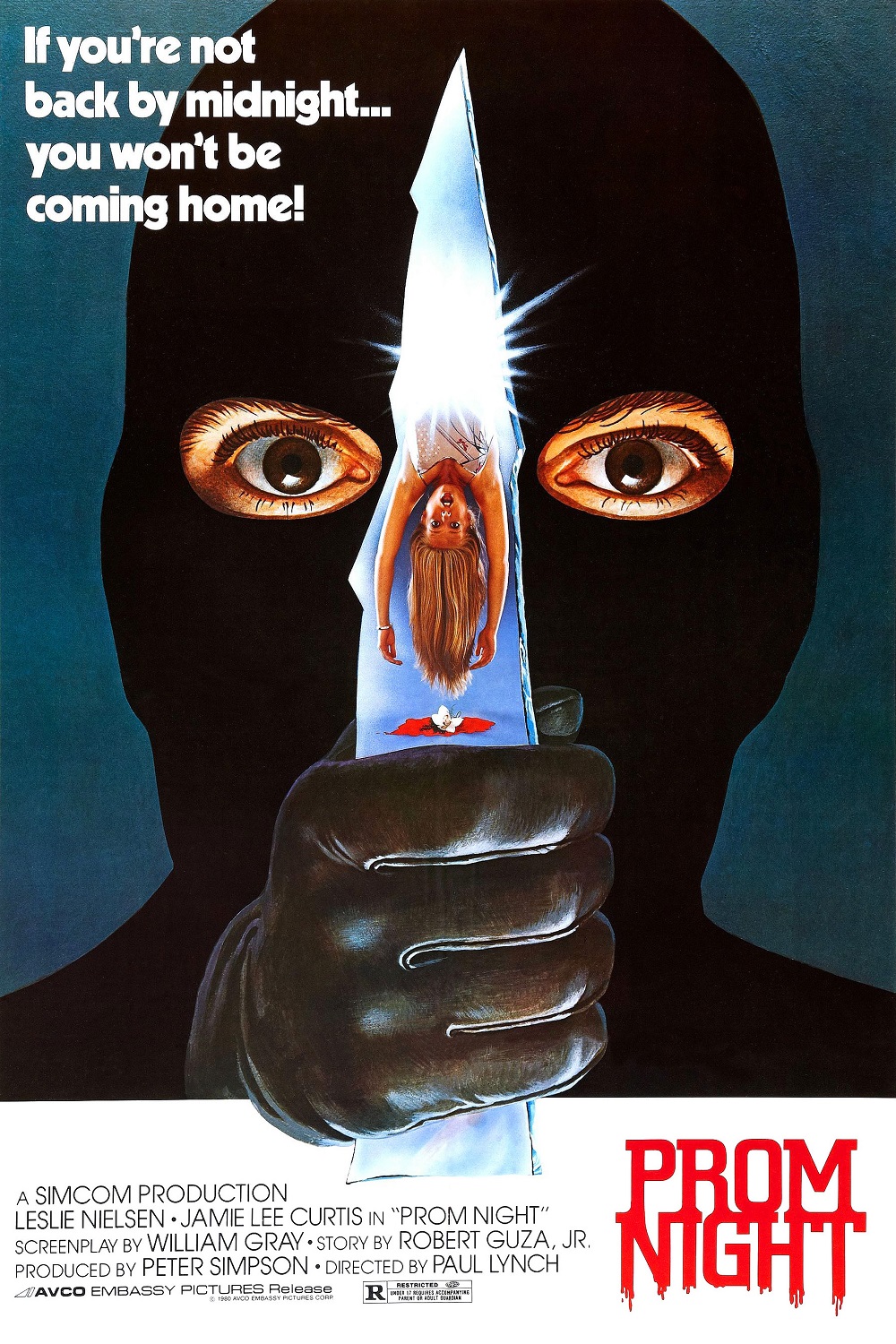 At a high school senior prom, a masked killer stalks four teenagers who were responsible for the accidental death of a classmate six years previously.

In 1974, 11-year-olds Wendy Richards, Jude Cunningham, Kelly Lynch, and Nick McBride play hide-and-seek in an abandoned convent. When 10-year-old Robin Hammond tries to join them, the group starts teasing her, repeating “Kill! Kill! Kill!”, and leading to a scared Robin accidentally falling to her death through a second-story window. The children make a pact not to tell anyone what happened and keep the incident a secret and they leave. Just then, the shadow of an unseen person who witnessed Robin’s death crosses over her body.

Six years later in 1980, Robin’s family attend her memorial on the anniversary of her death. Robin’s teenage sister, Kim, and fraternal twin brother, Alex, are preparing for the school prom to be held that evening. Kelly, Jude, and Wendy begin receiving anonymous obscene phone calls, while Nick ignores his ringing phone.

Kim and Nick are now dating and plan on attending prom together. Jude is asked by goofy jokester Seymour “Slick” Crane, who she meets by chance. Kelly is going with Drew, her boyfriend. Wendy—Nick’s ex-girlfriend—asks school bully Lou to the prom with the sole purpose of embarrassing Nick and her rival Kim. In the changing room after gym class, Kim and Kelly discover the locker room mirror cracked with a shard missing. Later, Wendy, Jude and Kelly each find their yearbook photos stabbed with a piece of glass. Meanwhile, Kim and Alex’s father (also the school principal) learns that the sex offender blamed for Robin’s death has escaped from a psychiatric facility. Lt. McBride, Nick’s father, investigates his disappearance.

During the senior prom, Kelly and Drew make out in the changing room, but Kelly, a virgin, refuses to have sex and Drew angrily leaves. As Kelly gets dressed, an unidentified figure wearing a ski mask and all-black clothing approaches her and slits her throat with a mirror shard. Jude and Slick have sex and smoke marijuana in his van parked outside school grounds. They are attacked by the masked killer, who stabs Jude in the throat. Slick struggles with the killer, who jumps from the vehicle before Slick drives off a cliff to his death. Staking out the prom, McBride is informed that the sex offender blamed for Robin’s death has been caught.

Now wielding an ax, the killer confronts and chases Wendy through the school. Evading the killer several times, she screams when she discovers Kelly’s body in a storage room and is hacked to death. The alcoholic school janitor, Sykes, witnesses Wendy’s murder and attempts to notify the school staff, but they dismiss it as a drunken rant. Meanwhile, Kim and Nick prepare to be crowned prom king and queen, but Lou and his lackeys tie up Nick, and Lou takes his crown. Mistaking him for Nick, the killer approaches Lou from behind and decapitates him. Lou’s severed head rolls onto the dance floor, sending the prom-goers fleeing in horror.

Kim finds Nick and frees him. As they prepare to escape, they are confronted by the killer who attacks Nick but not Kim. In the ensuing brawl, Kim strikes the killer’s head with the ax. She and the killer stare at each other and Kim realizes his identity. The killer runs outside where the police have arrived. The killer collapses and is then revealed to be Alex, who explains to Kim that he witnessed their sister’s death, and that Jude, Kelly, Wendy and Nick were responsible. He cries out Robin’s name before dying in Kim’s arms. Kim cries over the death of another sibling.

• These are the girls of Hamilton High. Tonight, they will be more beautiful than ever before in their lives. Because tonight is prom night… and someone has come to the prom alone. Just to watch them dance. To see them fall in love. To see them… die!
• Everyone in the senior class has a date for prom night. But someone has come to the prom alone. Someone who watches in the empty corridors. Someone who follows silent and unseen. • • Someone who waits until no one can help.
• There’s a special night in the lives of all of us. A night we can break all the rules and make our own: Prom Night. For some, it’s the end of innocence. For others, it’s The End!
• Jude is going to the prom. Wendy is going to the prom. Kelly is going to the prom. But for each of them, it’s going to be a night they will never live to forget.
• As children, they played a killer’s game. Now, it’s the killer’s turn to play with them.
• If you’re not back by midnight… you won’t be coming home.
• …Some will be crowned, others will lose their heads.
• The night someone came to the prom alone.