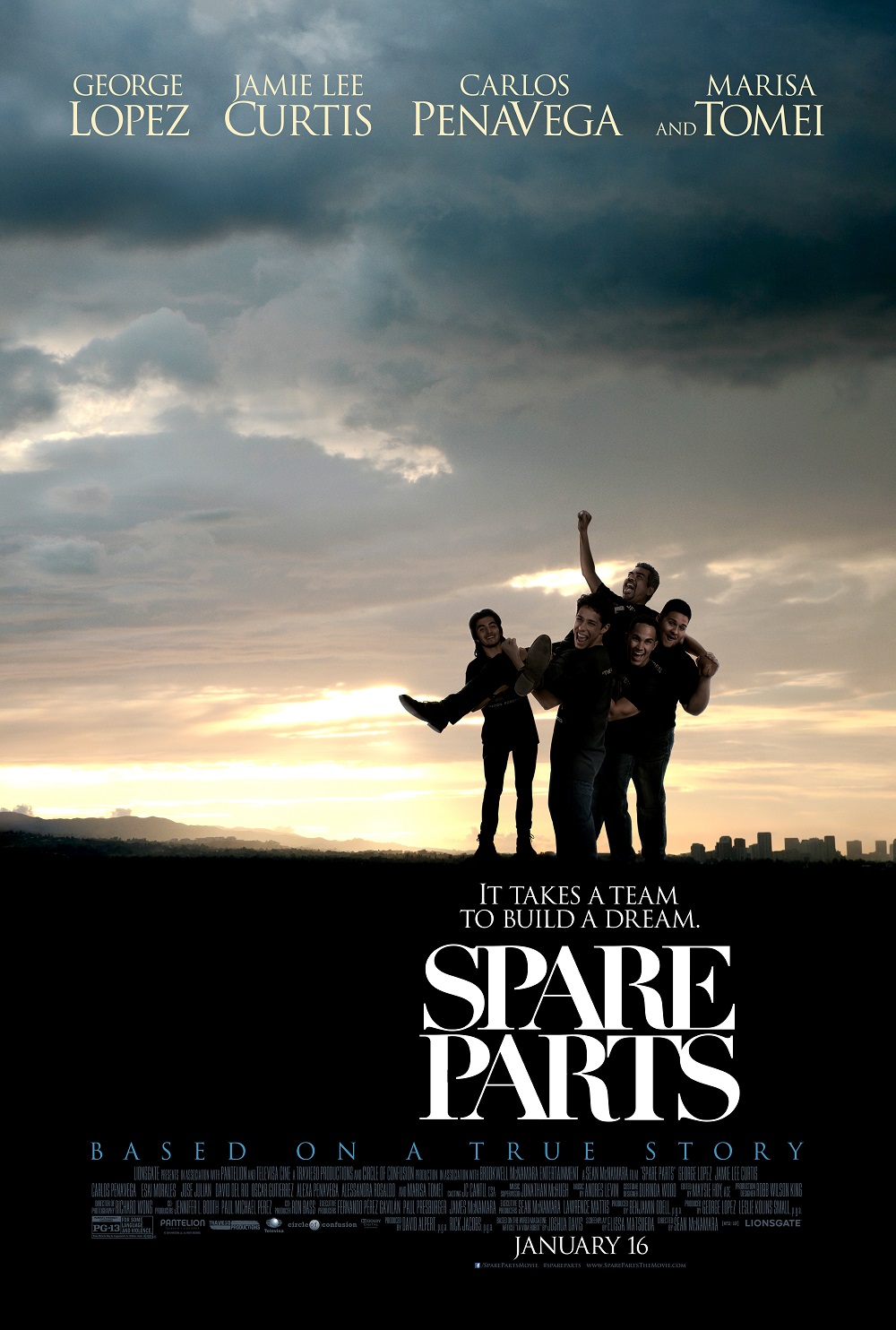 With the help of their high school's newest teacher (George Lopez), four Hispanic students form a robotics club. Although they have no experience, the youths set their sights on a national robotics contest. With $800 and parts scavenged from old cars, they build a robot and compete against reigning champion MIT. Along the way, the students learn not only how to build a robot but something far more important: how to forge bonds that will last a lifetime.

• It takes a team to build a dream