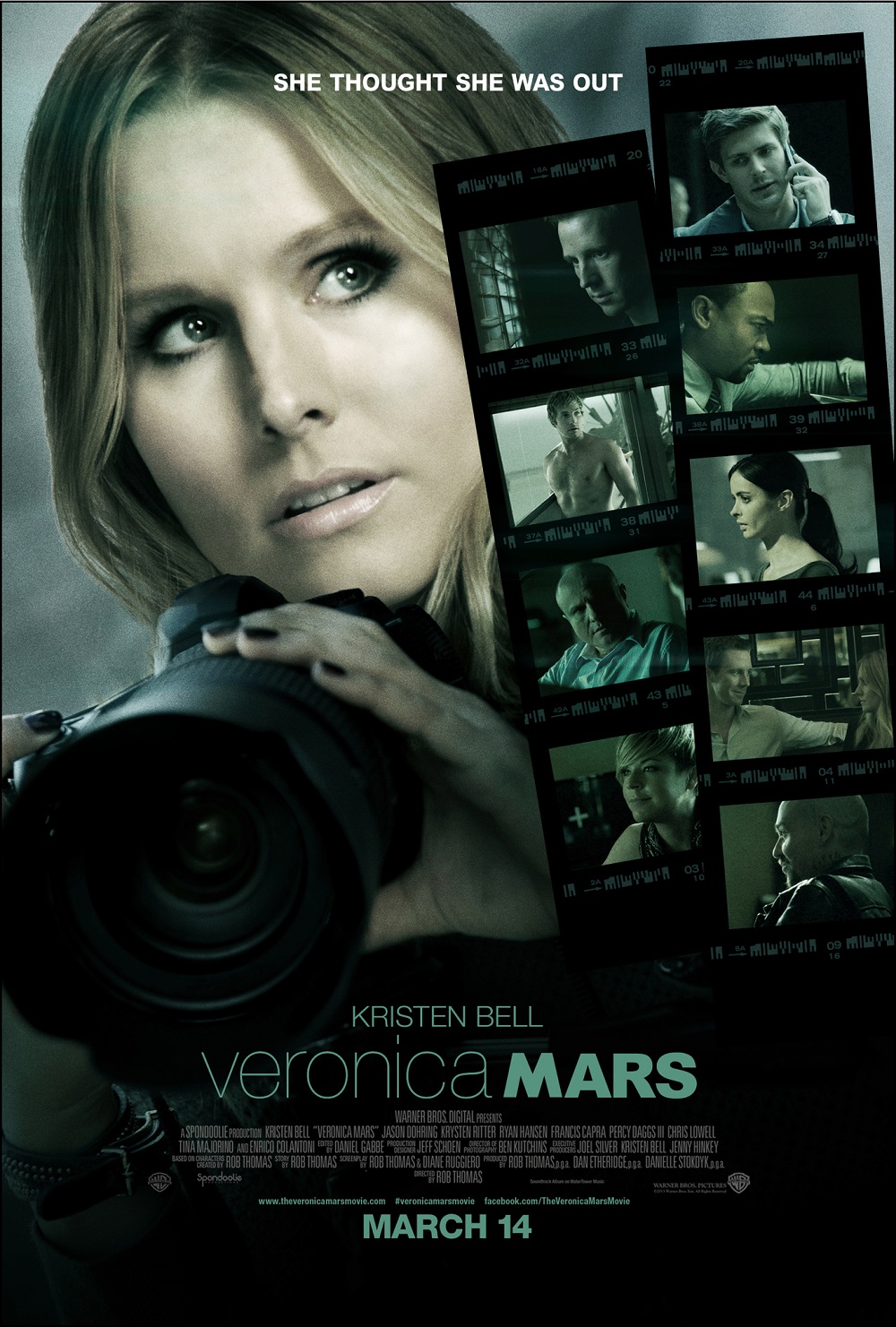 With her graduation from law school imminent, Veronica Mars (Kristen Bell) is interviewing with prestigious New York law firms when she gets a call from ex-boyfriend Logan (Jason Dohring), who has been accused of murder. Veronica returns to Neptune to help Logan find a good defense attorney, but when she becomes suspicious of the way Logan's case is being handled, she finds herself being pulled back into a life she thought she had left behind: that of an amateur sleuth.

• She thought she was out

♦ You were issued a private investigator’s license for your 18th birthday? Heh. Is that something California kids do?
♦ Fifteen separate articles or briefs in cases ranging from multiple homicides to dognapping. You have a degree in psychology, Miss Mars. What do you think that says about a person?